Second, because she is "Becassine", a folk art figure of storybook fame from the 1920's well into the 1950's. All the stories feature her, a little Bretonne country girl, who gets into endless scrapes and mishaps, always ending up the heroine at the end of each adventure. She is an icon done on paper, in dolls, and in pottery. Here she is carrying two baskets that serve as candleholders. S: HB Quimper France. She is missing a bit of glaze from her nose, but it does not detract from her overall excellent appearance,so we chose to leave it alone. $350, plus Shipping: $35.

The yellow glazes were first used after the end of World War I, a time of great artistic experimentation at the Quimper faienceries. As the American market developed and fell in love with these colors, so did the variety of designs chosen …many of them trials, with a very brief run, some highly successful and continued for a long time. This collection comes from a well-known American dealer/collector, and exemplifies the range of choices that were once available with these glazes.

It must be noted that the camera did not take kindly to the yellow backgrounds, making some look much paler than they really are… think “Butter” and “Sunshine”! 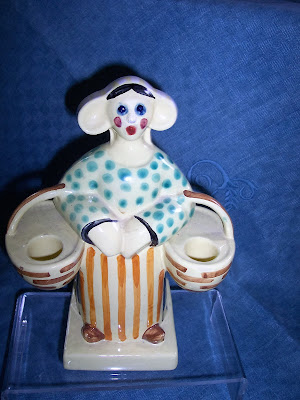 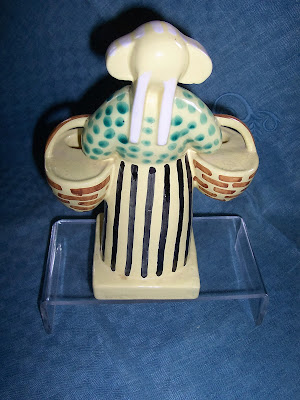