Embossed Snuff, 2 ½” x 3 ½”. One of the great 19th century forms, the fleur-de-lys of France on one side, the ermine tail of Brittany on the other. These are heavily embossed (which does not show well in photos) and are quite dramatic when seen close-up. The rim looks worn, but these are actually glaze skips, (not uncommon in old production), as are the tiny flaws on the fleur-de-lys side, where there are also several impurities in the glaze that made blips, rather than skips. All part of the charm of early production. No signature, ca. 1875. $250, $10 for either of the single snuffs, $15 for the pair. 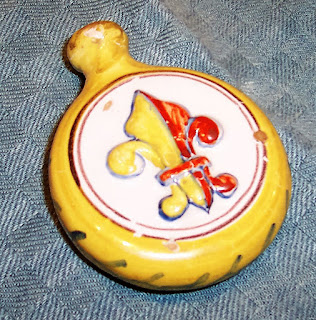 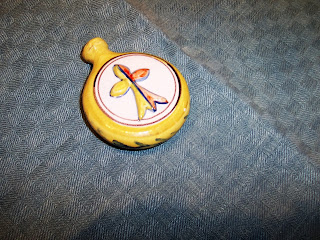 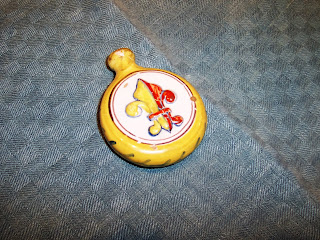